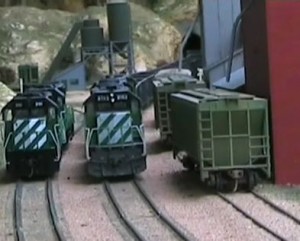 Even though many of us a reasonably experienced in the hobby, getting started can be confusing. Beginners hear all kinds of new terms and have a lot to learn. This steep learning curve can be intimidating and will put many off venturing further into the hobby. This is why it is so important we all help and encourage others.

DCC or Digital Command Control uses rails to send digital commands to the locomotives in such a way that multiple locomotives are independently controlled within the same block. A DCC system consists of the following components.

Command Station – controls all other parts of the DCC and determines the type of throttle controls that can be incorporated.

Throttle or Cab – acts as hub of the whole system, primarily used for controlling the train.

Booster – amplifies command signals so that enough power is generated for operating the tracks.

Power Supply – supplies power to the entire model as an AC transformer or DC power source.

Decoder – incorporated into each locomotive to provide power to the track, only when it has been addressed.